Today is all about art that reminds me of Haides. And although there are a lot of images of Haides throughout the world, I’m rather particular about the ones that I like. I don’t like the ones that portray Haides as evil, or as a caricature of a God. Although, I could be fond of some of the imagery found in Japanese anime artwork of him, I still would not include those images due to a fundamental lack of understanding of the underlying mythology. This eliminates almost all “pop-culture” imagery of Haides. One of the exceptions I find is that of Haides in the movie “Wrath of the Titans”. Although, the first movie makes Haides the villain, it does hint at a more complicated motive for that “evil” and in the second movie, Haides does fight alongside the hero of the movie to protect humanity.

Most of the images I have selected for this, therefore, are from classical art. 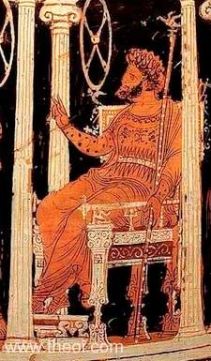